Advertisement
Free Powder Obsoletes Dentists!
This Powder will put Dentists out of Work! 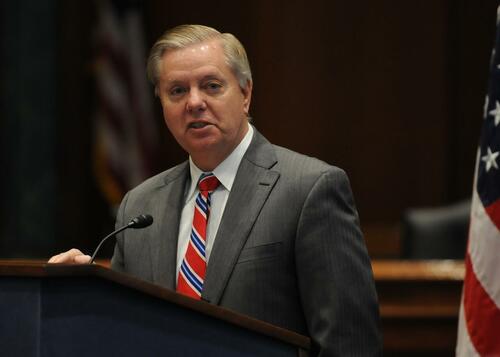 160223-Z-CD688-271 Frank Grass from USA
President Biden has made a mockery of the Constitution with one illegal decision after another. His high-handed decree that he would forgive $10,000 in student loan debt for each person lucky enough to have student debt was just the latest.
You can add that to the failure to defend the border against invasion, an insistence on using the COVID crisis to unilaterally legislate vaccine mandates and eviction moratoriums, and his administration’s collusion with Big Tech to censor conservative speech.

Unfortunately, there have been multiple examples of our elected representatives of both major parties showing an appalling lack of understanding of our founding document, and the limits it places on the federal government.

I told you in July how I was all set to write a column condemning former Vice President Mike Pence over reports that he was about to propose a national ban on abortion. Fortunately, Pence had no such plan. Instead, he was proposing that conservatives fight nationwide to ensure that every state pass its own pro-life laws in order to protect the unborn.

For conservatives, that is the correct response to the overturning of Roe v. Wade. Once the Supreme Court announced that it had been mistaken in previously finding an unenumerated right to abortion in the Constitution, there was no further reason for anyone to expect the federal government to have any role in this medical and moral issue.

As I noted previously, Article 1, Section 8 of the Constitution enumerates these very limited powers of Congress: Raise taxes; borrow money; regulate international commerce and commerce among the states; establish a process for naturalizing citizens; coin money and punish counterfeiters; establish post offices; establish copyright and trademark laws; establish lower courts; regulate pirates; declare war; raise armies and a navy; provide for calling forth the militia to execute the laws of the Union, suppress insurrections and repel invasions; and create and maintain a small district that shall be the seat of government.

Nothing there can be construed as permission for federal lawmakers to make laws concerning a woman’s right to terminate a pregnancy or a government’s right to force her to carry her pregnancy to term. To claim otherwise is to demonstrate ignorance, arrogance, or incompetence. Republican Sen. Lindsey Graham of South Carolina is guilty of all three.

Graham introduced the Protecting Pain-Capable Unborn Children from Late-Term Abortions Act on Sept. 13, and promptly created a political firestorm. The bill would ban abortion after 15 weeks gestation, the point when unborn children are believed to be able to feel pain. Democrats seized on the proposed legislation as proof that Republicans are moral tyrants who are intent on “taking rights away from millions of women," as White House Press Secretary Karine Jean-Pierre said.

Republicans, for their part, promptly scolded Graham for what was a tone-deaf, ham-handed, disastrous political miscalculation less than two months before the pivotal Nov. 8 midterm elections. Whatever motivation this summer’s Dobbs ruling had given to pro-choice voters to turn out in support of Democrats was now multiplied astronomically. Graham was throwing gasoline on the fire.

But what very few, if any, Republicans attempted to do was educate Sen. Graham on the constitutional limits of the power of Congress. That’s disappointing. Graham’s argument was that because he is morally right, he and a like-minded majority should be able to pass a law to protect the unborn. Sorry, that’s not how it works. “The powers not delegated to the United States by the Constitution, nor prohibited by it to the States, are reserved to the States respectively, or to the people.” That’s the 10th Amendment, and it means no matter how well-meaning he is, Graham is also dead wrong because there is no power to regulate abortion delegated to the United States.

The only other argument Graham has been able to muster besides moral superiority is a misreading of the Dobbs decision, which he touted on Fox News Sunday last week.

According to the senator, "Here's what Dobbs says: Elected officials can make the decision, state or federal. I'm not inconsistent ... To all the states’ rights people: There's a lot of things been done in this country under the name of states’ rights that was wrong (sic)."

There are two problems here. The first is that Graham is decidedly inconsistent on this issue. He’s on record as repeatedly insisting, including quite recently, that this matter should be left to the states. Second, there have been a lot of things done in the name of moral superiority that were unconstitutional, and this would be just one more. Prominent Republicans, including Mitch McConnell, have distanced themselves from Graham’s bill, but mainly for tactical reasons. It’s time for brave conservatives to stand up to loudmouth Lindsey, and tell him to sit down and shut up – and show some respect to conservative principles.

“The Constitution does not prohibit the citizens of each State from regulating or prohibiting abortion. Roe and Casey arrogated that authority. We now overrule those decisions and return that authority to the people and their elected representatives.”

Justice Samuel Alito’s carefully written decision stresses that by overturning Roe, the court is returning the power to regulate abortion to the states, and to the state legislatures, and to the people of the states. There is no hint of federal overreach in the decision, and certainly nowhere does the Dobbs ruling find any hint of a congressional power hitherto unknown that would allow Congress to make a law dictating a national policy on abortion.

So Graham is dead wrong when he claims “There’s nothing preventing abortion policy in Washington, D.C., based on constitutional principles or Dobbs.”

What prevents federal abortion policy is that Congress was never granted such a power by “we the people.” And I dare Sen. Graham to point to one sentence of the Constitution that justifies his radical proposal. It won’t happen.

Even Joe Biden, perhaps the greatest constitutional scofflaw since the Civil War, recognized the truth of the matter when he trolled Graham (without naming him) a few days after the senator proposed his bill:

Biden tweeted on Sept. 16, “When a lawmaker goes from touting states' rights to touting a nationwide ban, it becomes clear that they’re not concerned with the Constitution.”

This Forum message belongs to a larger discussion thread. See the complete thread below. You can reply to this message!

CureZone Newsletter is distributed in partnership with https://www.netatlantic.com